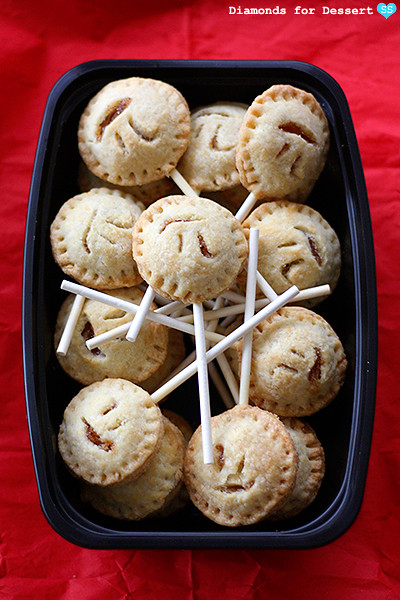 These apple pie pops are great on the go and for sharing, like on a picnic. They're the perfect little bites of sweetness for when you're craving pie, but don't want a whole slice. I actually really like to have a greater pie crust to filling ratio, so if that's your preference, this is the dessert for you. Plus they're just really cute and festive. 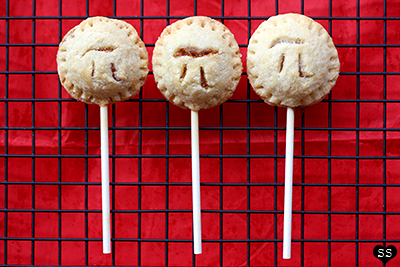 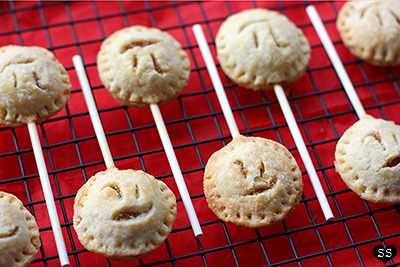 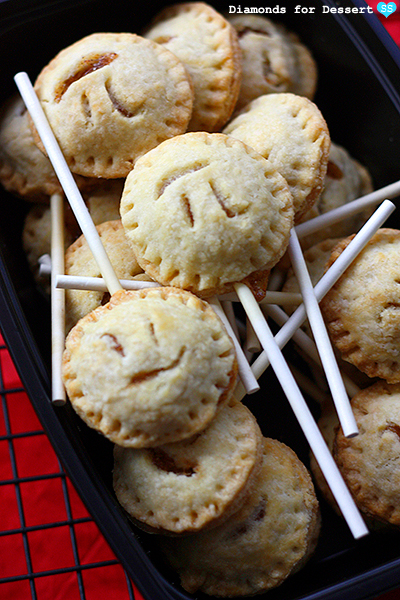 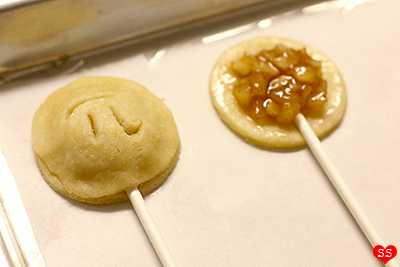 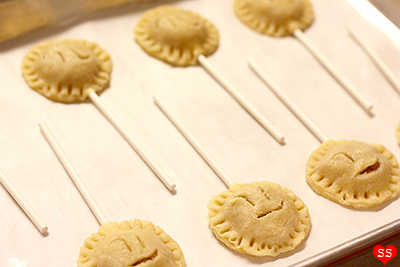 For the pie crust: Mix the flour, salt, and sugar in a large mixing bowl. Cut the butter into the dry ingredients until the mixture resembles coarse meal with some pea sized lumps. Form a well in the center of the mixture. Add the beaten egg. Gently knead the pie dough, but don't overwork it! It should clump up when you squeeze it, but still be crumbly.

Gather the dough in a ball and wrap in plastic wrap. Refrigerate for 30 minutes and let it rest. Once chilled, let sit at room temperature for about 10 minutes. Roll it out between 2 sheets of plastic wrap until about 1/16-1/8" thick.

For the filling: Place the diced apples, sugar, lemon juice, cinnamon, and nutmeg in a medium saucepan. Cook over medium-high heat until boiling, and let cook for 2 minutes. In a small bowl, mix the water and cornstarch. Add the mixture to the saucepan and cook the filling until thickened, 5-10 minutes. Set aside for now.

For the assembly: Preheat oven to 375°F. Line baking sheets with parchment paper. Cut small rounds from the pie dough with a round cookie cutter and place on baking sheet. Place lollipop stick in the center of each round.

Spoon some pie filling on top. Wet around the edge of the round with water. Place another pie crust round on top. Press down on the edges to seal, then crimp with a fork. Use a knife to cut out pi on top, or just lines for venting. Repeat with rest of dough. Sprinkle the tops of each with sugar. Bake for 15-20 minutes, until golden. 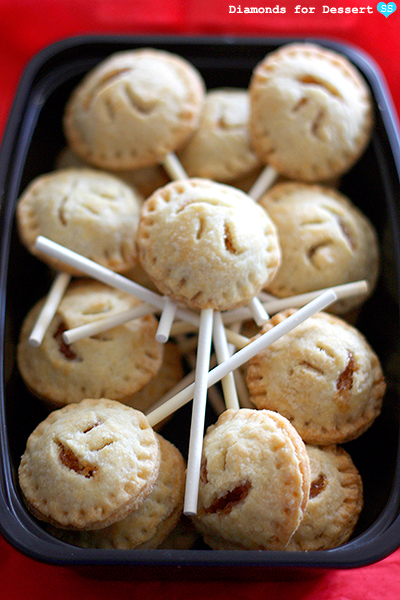